The independent design studio and manufacturer Kross Studio – whose mission is to turn ordinary objects into extraordinary, collectible art objects – is proud to reveal its official collaboration with Warner Bros. Consumer Products and the first fruit of their partnership, the 1989 Batmobile X Kross Studio Desk Clock. This sleek desk clock pays tribute to the most iconic car in the realm of comics, The Batmobile, issued in a limited series of just 100 numbered pieces.

Kross Studio specifically chose the unforgettable model from the 1989 Batman movie directed by Tim Burton to embody this first-of-its-kind Batmobile clock. Together, the innovative and creative partners have designed this sophisticated and exquisitely crafted collectible clock to offer Batman’s most ardent fans the chance to own a piece of his universe.

Every detail of this remarkable clock has been meticulously engineered, from the inside out. The greatest challenge facing Kross Studio was to conceive, develop, and integrate a state-of-the-art, tailor-made clock movement while respecting the exact shape of the Batmobile. Months of research and development were required to create this masterpiece, which contains a total of 512 components (115 in the body alone and 397 within the movement). In comparison, on average, a traditional mechanical movement is typically composed of only 130 components.

Only the finest materials were employed, each carefully selected for their technical properties and refinement. The streamlined bodywork in black aluminium composite has been painstakingly shaped to faithfully reproduce the same curves and proportions of the 1989 Batmobile, after which the surface was carefully sealed with an aeronautical grade, scratch resistant coating to protect the matte surface.

The expert craftsmanship is evident in every detail, down to the car’s spinning wheels, taking the viewer on a visual ride into the universe of Batman. Only a few minor deviations from the original Batmobile were undertaken, but only to enhance the viewer’s experience. For example, the windows were treated with a slightly lighter tint to enable a subtle glimpse of the movement through the car’s window.

The hours and minutes, oriented horizontally within the center of the Batmobile’s hood, are displayed on twin cylinders. Batman experts will appreciate reading the time on the top of the clock through bat-like cowl decals. The vertical regulator can be seen through the turbine at the front of the car.

Kross Studio has equipped the Batmobile with its own powerful engine: a mechanical manual-winding movement crafted in-house, a feat that underlines the expertise of the Kross Studio founders. Furthermore, with three barrels added to achieve an exceptional power reserve of 30 days, the movement runs at a frequency of 21’600 beats per hour, or 3 Hz – granting the movement even more precision, versus common mechanical clock movements, which only operate at 2.5 Hz. A Batman-shaped key, satin-finished and mirror-polished in steel, is included to wind the clock and set the time.

This exclusive 1989 Batmobile X Kross Studio Desk Clock is produced in a limited edition of 100 numbered pieces and is available now and shipping in time for the holidays at kross-studio.ch.

Kross Studio is a manufacturer and design studio based in Switzerland. The founders of Kross Studio are five passionate people whose ambition is to turn ordinary objects into extraordinary ones.The exclusive art pieces created by Kross Studio offer the highest level of know-how and craftsmanship, associated with experiences that go beyond the object, for the finest collectors. kross-studio.ch.

Warner Bros. Consumer Products (WBCP) extends the Studio’s powerful portfolio of entertainment brands and franchises into the lives of fans around the world. WBCP partners with best-in-class licensees globally on award-winning ranges of toys, fashion, home décor and publishing inspired by franchises and properties such as DC, J.K. Rowling’s Wizarding World, Looney Tunes and Hanna-Barbera. With innovative global licensing and merchandising programs, retail initiatives, promotional partnerships and themed experiences, WBCP is one of the leading licensing and retail merchandising organizations in the world.

DC is one of the largest English-language publishers of comics and graphic novels in the world and home to some of the most iconic and recognizable characters ever created. DC is charged with strategically integrating its stories and characters across film, television, consumer products, home entertainment, interactive games and the DC Universe subscription streaming service, a first-of-its-kind digital subscription service, which delivers an immersive experience designed just for DC fans. 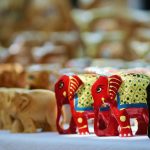 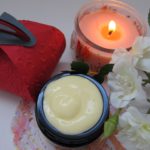