Holiday shopping can be a challenge, especially when you have those on your list who are hard to shop for. Luckily, Russell Brightwell is sharing the most unique vintage and out of production luxury gifts in 2020. As a home décor expert and stylist, Brightwell collects everything from architect design baby cups to artists editions for his growing clientele. Many seek him out when they need those rare collectible items, and the holiday season is undoubtedly his busiest time of year.

“I wanted to share my expertise on a broader scale this season, given the increase in online sales because of the COVID-19 pandemic,” said Russell Brightwell, home décor expert and stylist. “By sharing my wealth of knowledge and wide range of unique luxury products, shoppers will find we have something for even the most discerning tastes.”

Following are several hot items shoppers won’t want to miss out on this holiday season:

Every issue of Visionaire is, to some degree, about fashion, but Issue 18 was the first all-out Fashion Special. Fortifour artists, photographers, and image-makers were asked to give their personal interpretation of clothing. Visionaire’s first collaboration with a fashion company [they would go on to work with Hermes, Tom Ford, Tiffany & Co., and others], this issue is housed in a custom-designed and manufactured Louis Vuitton folio.

Michael Graves was a noted American architect and designer of consumer products. As well as principal of Michael Graves and Associates and Michael Graves Design Group, he was of a member of The New York Five and the Memphis Group and professor of architecture at Princeton University for nearly forty years. He was recognized as a major influence on architectural movements including New Urbanism, New Classical Architecture, and particularly Postmodernism, and was one of the most prominent and prolific American architects of the latter 20th century. He designed more than 350 buildings around the world but was perhaps best known for a teakettle.

Nils Thorsson’s exacting approach to surface design can be seen in the highly detailed and complex relief pattern on this vase from the BACA series for Royal Copenhagen where he was Artistic Director.

Robert AM Stern, the Modern Traditionalist architect, is well known for his muscular take on classic American architectural idioms. Think steroidal new “pre-war” towers for billionaires in Manhattan or 10,000 square foot shingled “cottages” in the Hamptons.

Ettore Sottsass (1917–2007) is most often associated with his iconic red Olivetti Valentine typewriter from the 1960s and founding the Postmodern Milan-based Memphis Group in the 1980s.

American artist Brian Donnelly, known as KAWS, began his career adding his graffiti to fashion advertising on NYC bus shelters and phone booths in the 1990s. He has gone on to create a large body of work including paintings, sculptures, and collaborations with toy and apparel firms. Introduced in 2016, BFF has crossed-out eyes, gloved hands, and oversized ears like KAWS’s signature “Companion” figures.

Holiday gift seekers can also visit his loft/showroom in Dallas or he can easily send options via email and/or gather up objects and bring them to your home or office.

After 30 years as an advertising creative executive in New York, London, and Houston, Brightwell launched a new buying experience for a myriad of vintage design objects, ceramics, collectibles, art and editions, and a library of fashion, art, and photography books. From architect-designed tableware to near impossible to find fashion and design collaborations, his “stock” is a reflection of his lifetime of collecting and ever-evolving taste and interests. Items are most likely to be unavailable anywhere else in the nation. Learn more about Russell Brightwell on RussellBrightwell.com, LinkedIn, and Instagram 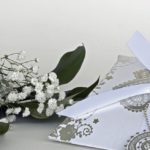 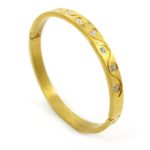